One of my customer in France and Spain  found this issue:
Can't Export Discoverer Report In  French and Spain  MS Excel 2007 And Retain The Formatting Using Discoverer 10g Plus/Viewer.

In my computer I have English version of Excel 2007 and it's working perfect.

I believe this issue is occurring as user do not have the French and Spanish languages installed in his Apps database and so discoverer server is defaulting to English.
I checked the Doc ID 453549.1 - French Excel Cannot Open Exported Apps Workbooks With Macros Enabled:


According to Bug 5907966: FRENCH EXCEL CANNOT OPEN EXPORTED APPS WORKBOOKS WITH MACROS ENABLED
this issue is because French Language is not installed on the Apps Database so discoverer server is defaulting to English.


Solution:
Installing the French Language on the Apps Database resolves this issue.
Or as a workaround, English Discoverer and English Excel can be used.

Doc ID 1065186.6 -'HOW TO HAVE WORKBOOKS DISPLAY IN FRENCH AND OTHER LANGUAGES?' , would help you in understanding about this.

Can the languages be added to exist Application?


To have a language other than English, choose it in the Oracle installer:
When the installation begins, in the panel Oracle Installations Settings, you
are asked for the name of the company, the Oracle default home and the language.

All are available on the CD; the installer always installs files for English
and the language you choose at the installation.

Arty Borulia
Hi All... My name is Arty Borulia and I'm an Oracle APPS DBA and ERP Technical Architect. In this blog I'll share the problems and issues that I managed... 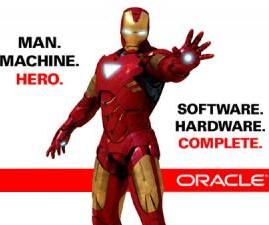